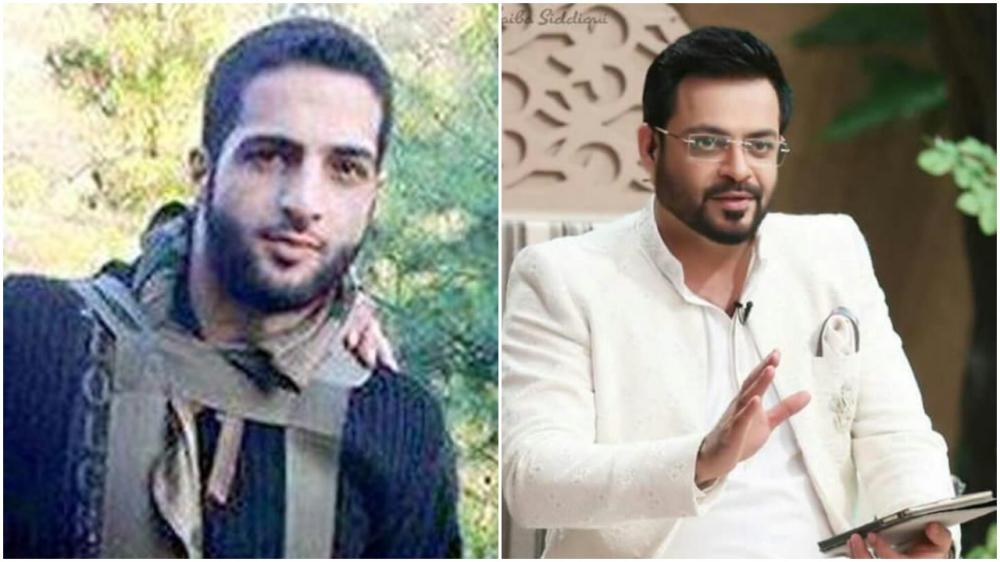 It seems that the film by  Aamir Liaquat Husain will aim at glorifying the terrorist and whip up anti-India sentiments despite the widespread condemnation of Pakistan for exporting terror to India and the recent developments after the Pulwama attack of this February.

As per DunyaNews, Aamir liaquat said, "The movie is based on Burhan Wani shaheed and I am Burhan Wani in the movie."

"Burhan wani is the hero, I cannot call myself hero, he is the hero of the Kashmiri nation," he said.

Wani was killed during an encounter with Indian security forces in 2016.

The ties between two countries have hit a new low when on Feb 14, 2019, at least 40 Indian CRPF personnel were killed in a terror attack in Pulwama area of Kashmir.  India said Pakistan was behind the attack and launched some surgical strikes on terror camps across the border.

Pakistan had condemned killing of Wani in Pakistan:

Following the killing of the terrorist by Indian forces, Pakistan had condemned it.

" The extrajudicial killing of Kashmiri leader Burhan Wani and scores of other innocent Kashmiris is deplorable and condemnable. Such acts are a violation of fundamental human rights of Kashmiris and can not deter the people of Jammu and Kashmir from their demand for the realisation of the right to self determination," Pakistan's Ministry of Foreign Affairs had said in a statement.

"Pakistan also has serious concerns over the detention of Kashmiri leadership in Indian Occupied Kashmir and calls upon the Indian government to fulfill its human rights obligations as well as its commitments under the United Nations Security Council Resolutions," read the statement.

Interestingly, US-based independent democracy watchdog organization Freedom House has asserted in its 2019 report that the Indian state of Jammu & Kashmir enjoys more freedom than Pakistan-Occupied Kashmir (PoK) and Pakistan itself, contrary to popular allegations levelled by the Imran Khan-led government in Pakistan.

Since their independence in 1947 from their colonial master England, Indian and Pakistan have fought four major wars with each other over the disputed territory of Kashmir.

Soon after Independence Indian had intervened to protect Kashmir and sought UN intervention after making significant military advancement.  In the 1948 resolution, UN asked Pakistan to remove its troops, after which India was also to withdraw the bulk of its forces.

Once this happened, a "free and fair" plebiscite was to be followed for the Kashmiri people to decide their future.

India had gained a moral high-ground by taking the issue to the UN and was confident of winning the plebiscite, since the most influential Kashmiri mass leader, Sheikh Abdullah, was firmly on its side.

However, Pakistan violated the UN mandate and continued fighting, holding on to the occupied portion of Kashmir (Pakistan Occupied Kashmir – PoK) under its control.
On January 1, 1949, a ceasefire was agreed, with 65 percent of the territory under Indian control and the remainder with Pakistan.

The ceasefire was intended to be temporary but the Line of Control remains the de facto border between the two countries.

In 1957, Kashmir was formally incorporated into the Indian Union. It was granted special status under Article 370 of India's constitution, which ensures, among other things, that non-Kashmiri Indians cannot buy property there.

Pakistan having lost all four major wars with India and in the past three decades has shifted its focus on promoting proxy wars and terrorism in PoK and Kashmir, with the support of communist China, which has kept Indian authorities on its toes.