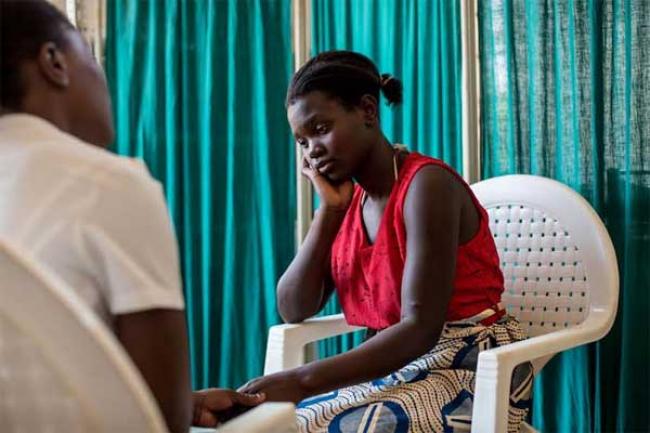 New York, Feb 24 (Just Earth News/IBNS) The Joint United Nations Programme on HIV/AIDS (UNAIDS) on Tuesday welcomed the â€œencouragingâ€ results of two studies from Africa in which women modestly reduced their risk of infection by inserting a vaginal ring coated with the antiretroviral drug dapivirine once a month.

According to these two clinical trials, a vaginal ring, inspired by those used for contraception or hormone treatments, reduce by 30 per cent on average the risk of HIV infection in women. It contains the experimental antiviral dapivirine, a microbicide that gradually diffuses. “The results are encouraging and show the urgent need to expand investment in research and development for female-controlled methods of HIV prevention,” UNAIDS said in a press release. The agency also noted that these are the first results to show that a sustained release mechanism for antiretroviral medicine is feasible, safe and partially effective in preventing HIV infection in women. Follow-up studies are necessary to build ways to optimize on the results, UNAIDS added. “Women urgently need better options for HIV prevention, particularly options that allow them more control,” said the Deputy Executive Director of UNAIDS, Luiz Loures. “The path to an effective microbicide has been a long one. The important results of these two studies take us one step closer towards an HIV prevention product that could protect millions of women worldwide,” he explained. The two studies, presented on 22 February at the Annual Conference on Retroviruses and Opportunistic Infections in Boston, the United States, were carried out in four African countries and have involved more than 4,500 women. Another important finding from both studies was that there was little protection against HIV for women aged 21 years and below, with better protection for women 22 years and above. At least part of this difference was explained by better adherence in the older age group. Young women in sub-Saharan Africa remain the most affected by HIV. Approximately 79 per cent of all women living with HIV (aged 15 and over) live in that region.