Health
State of Health
Smokers who switch to e-cigarettes may adopt other healthy routines: Study 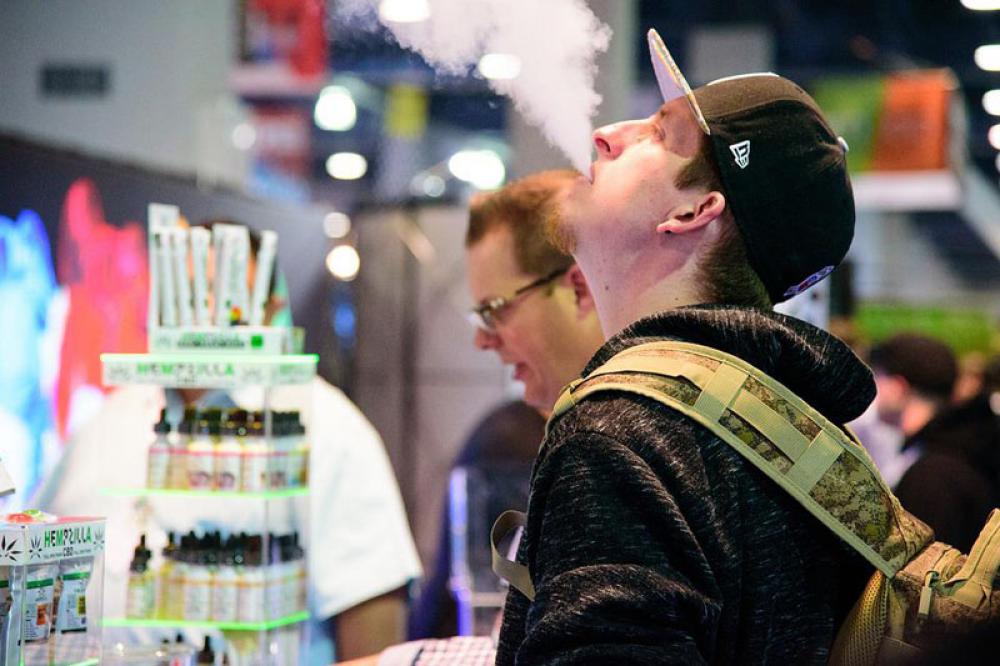 Washington: Adult smokers who shift to using to e-cigarettes may have more chances to improve health and well-being, according to new research from the University of Washington.

The study monitored changes in health and social functioning among smokers at two stages in adulthood, age 30 and again at 39. Approximately one-third of smokers shifted to vaping some or all the time by age 39. This group reported better physical health, exercised more and had more active social engagement, the study found, reports University of Washington website.

“Despite the obvious risks to nonsmokers, e-cigarettes have the potential to play a health-promoting role in the lives of smokers,” said study co-author Marina Epstein, a research scientist with the Social Development Research Group in the UW School of Social Work.

The study, which recently published in Drug and Alcohol Dependence, drew from a larger longitudinal study, the Seattle Social Development Project, which in 1985 began following some 800 children as fifth-graders in Seattle elementary schools. The sample for the current study focused on 156 of those participants who reported smoking at age 30 and smoking or vaping at age 39.

E-cigarettes first appeared in the United States in the mid-2000s, right around the time the participants in the study sample turned 30. By 2018, 10% of adult smokers nationally also used e-cigarettes. Vaping is especially popular among teens and young adults; the Centers for Disease Control and Prevention identifies e-cigarettes as the most popular tobacco product among young people in the U.S., estimating that nearly 21% of youth use e-cigarettes. Previous research, from the UW and others, found that adolescent and young adult vaping can lead to later cigarette use. “In this way, e-cigarettes have been a public health disaster,” said study lead author Rick Kosterman, a research scientist with the Social Development Research Group.

At the same time, while vaping carries certain risks — the aerosol contains nicotine, small amounts of heavy metals and other ultrafine and cancer-causing particles that can enter the lungs — the CDC considers them safer than traditional, or combustible, cigarettes.

Given the common perception of e-cigarettes as a “healthier” alternative, the researchers wanted to examine behavior among smokers who switch to e-cigarettes some or all the time as they approach midlife. The research team collected a series of accepted measures of healthy aging and well-being, such as overall physical and mental health, engaging in healthy behaviors and social activities, and education and income levels. They then surveyed participants, at ages 30 and 39, about this information and how often they engaged in certain activities.

Of the 156 study participants, 64% smoked only combustible cigarettes at age 39; 28% smoked and vaped; and 8% only vaped. Results from the surveys showed that more frequent vaping — relative to smoking — was associated with better physical health, more exercise, more active social engagement and higher socioeconomic status.

“Although the study cannot show a causal relationship, we think that because e-cigarettes have less stigma, less odor and are less physically harmful, they may increase health-promoting opportunities among smokers. E-cigarette users may be more likely to be in settings that promote physical activity and have more opportunities to interact with nonsmokers,” said Kosterman.

No association was found between switching to vaping and better mental health, less-frequent use of other substances such as alcohol, or whether one’s partner or closest peers smoke (though vapers’ broader social environment may be healthier).

Overall, the researchers stress that e-cigarettes still have substantial public health downsides, but this study shows that smokers who turn to vaping, whether occasionally or instead of cigarettes, may have more opportunities for healthier lifestyle choices. That doesn’t mean vaping is healthy, they say, but that for people who already smoke — and are unable to quit — it can be associated with other healthy routines.