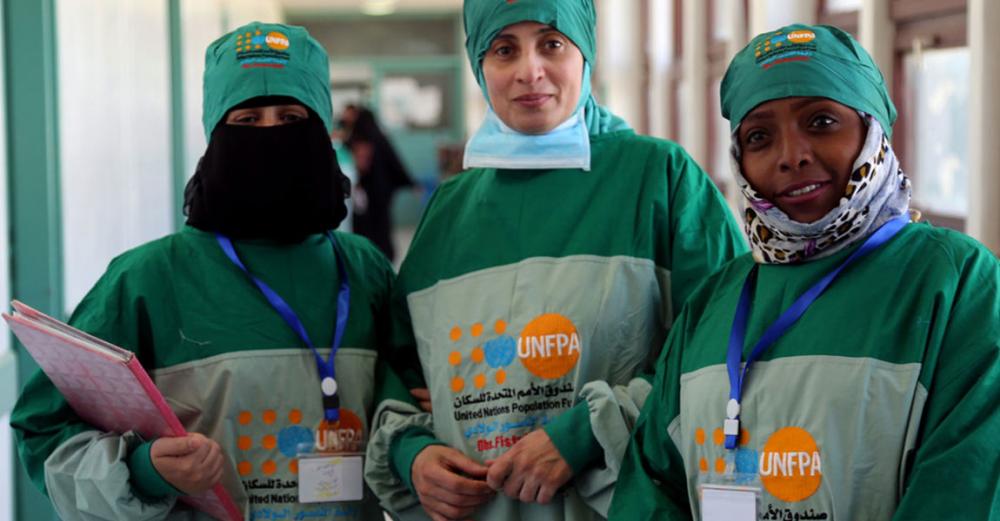 New York : The extent of the damage to the global economy caused by novel coronavirus COVID-19 moved further into focus on Wednesday as UN economists announced a likely $50 billion drop in worldwide manufacturing exports in February alone.

In remarks made at a joint press conference with the head of the World Bank Group, the IMF Managing Director, Kristalina Georgieva, said that the UN-backed global funds would make up the shortfall, in effect, by offering to inject around $50 billion into low-income and emerging market nations, pending requests for support.

"Thanks to the generosity of our shareholders, we have about $1 trillion in overall lending capacity", she said. "For low-income countries, we have rapid-disbursing emergency financing of up to $10 billion (50 percent of quota of eligible members) that can be accessed without a full-fledged IMF programme."

The slowdown of manufacturing in China due to the #COVID19 outbreak is disrupting world trade and could result in a $50 billion decrease in exports across global value chains, according to new UNCTAD estimates. http://bit.ly/2VIePvx

The IMF chief added that members can access emergency financing through the Rapid Financing Instrument. "This facility could provide about $40 billion for emerging markets that could potentially approach us for financial support. We also have the Catastrophe Containment and Relief Trust – the CCRT – which provides eligible countries with up-front grants for relief on IMF debt service falling due.

"The CCRT proved to be effective during the 2014 Ebola outbreak, but is now underfunded with just over $200 million available against possible needs of over $1 billion." She called on member countries "to help ensure that this facility is fully re-charged and ready for the current crisis", and said that the Fund was "fully committed to supporting our member countries, particularly the most vulnerable. We have the tools to help and we are coordinating closely with our partner institutions."

UNCTAD breaks down costs of virus so far

Preliminary economic data analysed by the UN Conference on Trade and Development (UNCTAD) in Geneva, indicate that virus containment measures in China – where the outbreak emerged in late December – have already caused a “substantial decline in output”.

Those worst hit are expected to the European Union ($15.5 billion), the United States ($5.8 billion) and Japan ($5.2 billion), said Pamela Coke-Hamilton, who heads UNCTAD’s Division on International Trade and Commodities.

For developing economies that are reliant on selling raw materials, the effects could be felt “very, very intensely”, she added.

“Assuming that it is not mitigated in the short-term, it’s likely that the overall impact on the global economy is going to be significant in terms of a negative downturn.”

Citing the China Manufacturing Purchasing Manager’s Index (PMI), the UN economist noted that it had fallen to 37.5 - a drop of about 20 points – the lowest reading since 2004.

“This also correlates directly to exports and also implies a two per cent drop in overall exports,” she said, with a resulting “ripple effect” worldwide “to the tune of a $50 billion fall in exports”.

Because China has become the main supplier of finished products and so-called “intermediate” products used in countless industries - from chemical for pharmaceuticals to parts for digital cameras and the car industry - concerns about the long-term disruption to supply chains there, has left many companies around the world “fearful” that their own output may soon be affected, UNCTAD said.

“Of course, if the virus continues to spread and gets out of control, and we see closures not only in China but also in India and the United States and everywhere else in the world, then it would be a big problem”, said Alessandro Nicita, from UNCTAD’s Division on International Trade and Commodities.

Up to $12 billion to help countries respond to #COVID19. Learn more about how the @WorldBank Group is supporting the global effort. http://wrld.bg/Xdc930qmL8U

“Ultimately, the economic impact of this virus depends on the measures that countries apply to contain the virus. So, China has done a great job in containing the virus, but it has sacrificed a little bit the economy, at least in the first few weeks. So, planned closures, restriction to movement of people, which were all necessary; but there is an economic effect when you take those measures.”

In addition to falling manufacturing levels, UNCTAD also highlighted a decrease in the number of container ships leaving Shanghai in the first half of February (from around 300 a week to 180), which then returned to normal levels in the second half of the month.

“Right now, the impact on the global value chains is already being felt and will continue probably for a few months,” Ms. Coke-Hamilton said. “But if it rebounds, say in the next few months, then the long-term or year-long impact will be a little different and will be better. So, it depends on what happens in China.”

Responding to questions about whether countries might react to a potential supply-chain squeeze by looking to domestic manufacturers instead, the UNCTAD economists explained that such a measure would unlikely be effective in the short-term.

“China has built a huge logistics - transport logistics - which is like harbours, shipping lanes, airplanes, that actually are able to move all of those goods in and out of China”, Mr. Nicita explained. “Now yes, some industries may be able to find some sort of alternative supplier like in Mexico or East Europe, but that will require even more time, because not only production needs to be moved, but also the infrastructure related to logistics would need to be built.”

Ms. Coke-Hamilton added: “It was the same argument that was used when the US President thought that … imposing certain measures on certain countries would shift production back to the United States. It’s never that easy, because when companies move and they relocate and they set up their industries and their logistics frameworks, it’s very hard to shift in the short term.”

A digitally-enhanced microscopic image shows a coronavirus infection in blue of the first case discovered in the United States. , by CDC/Hannah A Bullock/Azaibi Tami

Highlighting ongoing uncertainty surrounding the economic impact of the epidemic, in which there have been more than 90,000 confirmed cases in more than 70 countries (the majority in China) and over 3,000 deaths, Ms. Coke-Hamilton said that U.S. measures “in terms of visitor arrivals, cancelling various meetings” were having a “knock-on effect” in terms of demand.

“So right now, we’re not clear on where it will go – a lot will depend on what happens with COVID-19; if they are able to come up with a vaccine then hallelujah, hopefully it will end very quickly; but if not, the impact can be severe.”

Adding tongue-in-cheek that a study on the economic impact of the epidemic on smaller and less globally interconnected countries like her native Jamaica might not have raised the same level of interest from the TV cameras and journalists present, Ms Coke-Hamilton laughed that “we would not be sitting here, simply because the level of integration of production that is reliant on China and on China’s intermediate outputs is so significant to the national economy and the global value chains that it is important to measure”.

Meanwhile, the International Monetary Fund (IMF) and the World Bank Group issued a joint message of solidarity in relation to the ongoing epidemic.

“The IMF and the World Bank Group stand ready to help our member countries address the human tragedy and economic challenge posed by the COVID-19 virus,” they said in a statement.

“We are engaged actively with international institutions and country authorities, with special attention to poor countries where health systems are the weakest and people are most vulnerable.”

“The strengthening of country health surveillance and response systems is crucial to contain the spread of this and any future outbreaks,” the statement said.