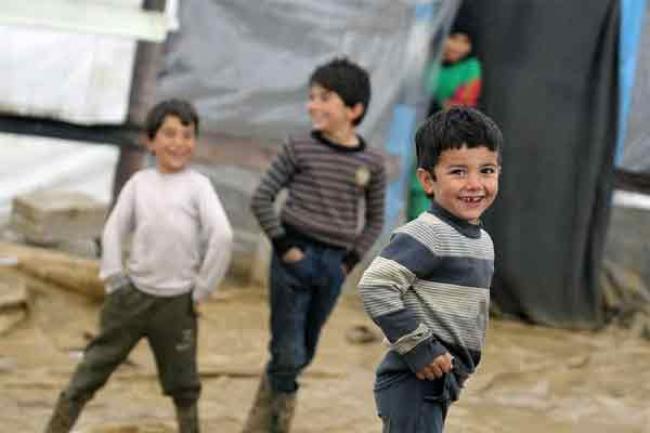 Launched last November, the app let users virtually “share” their meals with a Syrian refugee with a tap on their screens, sending a donation to provide a child with vital nutrition for a day. Moving forward, ShareTheMeal’s fundraising goal in Lebanon will support 1,400 refugee children aged three and four in Beirut for a full year. The children’s parents are to receive funds transferred to their regular WFP electronic food vouchers, allowing them to buy the foods they want in local shops which also supports host communities and the Lebanese economy. “With ShareTheMeal, you can easily help parents who have lost everything provide for their children,” said WFP Lebanon Country Director Dominik Heinrich, in a press release. “Nutritious home cooked meals are essential to children’s physical and mental development, and they help provide a sense of stability that is critical in children’s lives.” Through the app, smartphone users can join thousands of other people in support of a selected community or project goal and monitor its progress. Donations can range from $0.50, the global average for feeding a child for a day, to a monthly gift. Since its launch, almost half a million people have helped ShareTheMeal reach funding goals in Lesotho, Jordan and Syria. The goal changes once the app users have reached a particular target. Most recently, the app raised funds for women and children in the devastated Syrian city of Ho On Tuesday, it was announced that ShareTheMeal will receive the prestigious Webby People’s Voice Award for Mobile Sites & Apps—Best Practice Category. ShareTheMeal was also named among the best apps by both the Google Play and Apple App stores and recently won the SXSW [South by Southwest] Interactive Innovation Award. With the Syrian conflict in its sixth year, the UN estimates that more than a million Syrians now live in Lebanon, including vulnerable children. According to WFP, many refugee families have exhausted their savings and are unable to earn an income, making them increasingly reliant on food assistance.