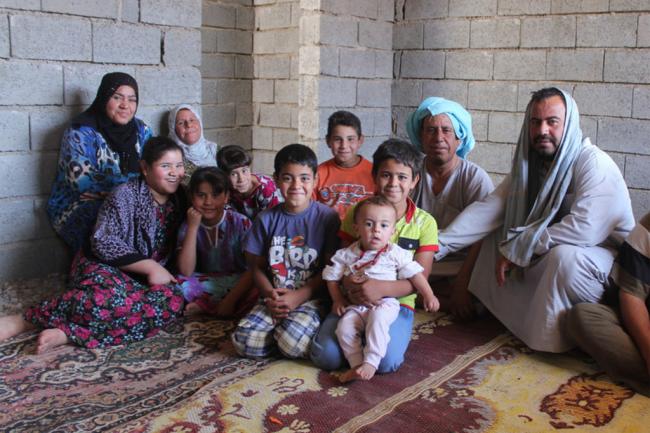 New York, Apr 2 (JEN): The top UN official in Iraq has welcomed the recent victories of the Iraqi Security Forces in liberating the town of Tikrit from the Islamic State of Iraq and the Levant (ISIL) and associated armed groups.

“It is a victory for all the Iraqi people, and the United Nations stands ready to assist the provincial and national authorities in responding to the needs of the thousands of displaced,” Special Representative of the UN Secretary-General for Iraq, Ján Kubiš, said in a press release issued earlier on Wednesday. “Civilians’ safety and security must be protected in line with fundamental human rights principles and humanitarian law,” he continued. Amid ongoing fighting between Iraqi Government forces and ISIL and continuing sectarian tensions across society, the Middle Eastern country is facing a period of immense peace and security challenges. The country is also being tested by fiscal constraints and the UN Assistance Mission for Iraq, also known as UNAMI and which Kubiš heads, is currently working actively with the authorities to set up a Recovery and Reconstruction fund, while the challenge posed by supporting persons displaced by conflict also remains huge. Overall, 5.2 million people need humanitarian assistance, of whom 2.25 million are displaced and 235,000 are refugees from Syria, with the population of the Kurdistan Region having increased by 30 per cent because of the influx. In the press release, Kubiš also added his call for the Iraqi Government to ensure that all inhabitants of Tikrit who fled from ISIL can safely return to their homes and urged for much needed humanitarian assistance to be provided without delay. Meanwhile, UNAMI also released March casualty figures for Iraq, which reveal that a total of 997 Iraqis were killed and another 2,172 were injured in acts of terrorism and violence during the month. The number of civilians killed was 729 (including 42 civilian police), and the number of civilians injured was 1,785 (including 98 civilian police). Baghdad was the worst affected Governorate with 1,290 civilian casualties (362 killed, 928 injured). Diyala suffered 51 killed and 75 injured; Salahadin suffered 34 killed and 48 injured, and Ninewa 20 killed and 15 injured. According to information obtained by UNAMI from the Health Directorate in Anbar, the Governorate suffered a total of 939 civilian casualties (237 killed and 702 injured). This included 58 killed and 391 injured in Ramadi and 179 killed and 311 injured in Fallujah. “I am shocked to see that Iraqis continue to bear the brunt of appalling numbers of casualties caused by successive waves of violence, which are threatening with additional suffering and misery,” Kubiš said in a separate press release. “The United Nations calls upon the Government of Iraq to do all it can to ensure that civilians’ safety and security is protected in line with fundamental human rights principles and humanitarian law”, the UN envoy further stated. Photo: UNHCR/C. Robinson