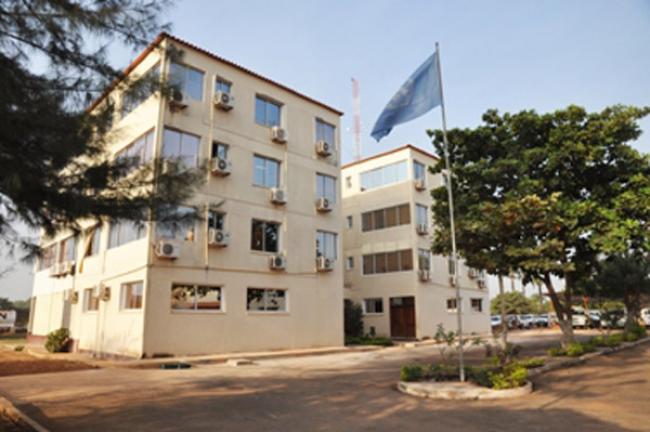 New York, Feb 19 (JEN) The Security Council on Wednesday extended the mandate of the United Nations Integrated Peace-Building Office in Guinea-Bissau, known as UNIOGBIS, so that it can continue to assist in tackling a range of political, security and development challenges in the country.

Under its renewed mandate, which was extended for a period of 12 months, beginning on 1 March 2015 until 29 February 2016, UNIOGBIS will continue to focus on, among other tasks, supporting an inclusive political dialogue and national reconciliation process to facilitate democratic governance, and assisting in strengthening democratic institutions and enhancing the capacity of State organs to function effectively and constitutionally. The Office will also continue to provide strategic and technical advice and support for the establishment of effective and efficient law enforcement and criminal justice and penitentiary systems, as well as advice and support to implement the reform of the national security sector. In 2014, the West African nation concluded a second round of presidential elections, which are widely seen as essential to restoring constitutional order, economic growth and development following a 2012 military coup. Nevertheless, in a recent briefing of the Security Council, Miguel Trovoada, Special Representative of the Secretary-General for Guinea-Bissau, said that despite the efforts of Guinea-Bissau authorities, the situation remains fragile and the country still requires the support of the international community. In today’s resolution, the Council took note of the evolving human rights situation in the country and urged the Government of Guinea-Bissau to take “all necessary measures” to protect human rights, put an end to impunity, and “initiate investigations to identify the perpetrators of human rights violations and abuses, including those against women and children. The Council also reiterated its concern at the threat posed by drug trafficking to the country’s peace and stability, and welcomed the Government’s efforts to update the country’s three-year national plan for combating drug trafficking and organized crime, initially launched in 2011. To that point, the 15-member body called on the Secretary-General and the UN to reinforce UNIOGBIS’ anti-drug component in order to more effectively counter the scourge of trafficking. In addition, in the resolution the Council also encouraged the international community to enhance cooperation with Guinea-Bissau and “work together towards the country’s stabilization.” Photo: UNIOGBIS