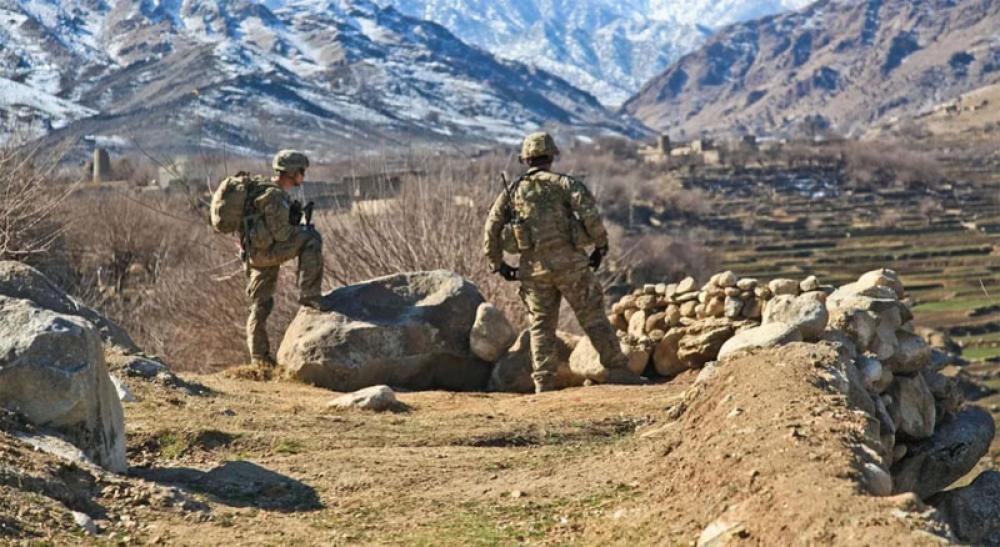 Washington/Xinhua: US President Donald Trump's National Security Adviser Robert O'Brien on Friday reaffirmed that US troops in Afghanistan would be reduced to 2,500 level by early 2021.

O'Brien's re-announcement attempted to clear up conflicting messages recently around the U.S. pullout plan in Afghanistan, which was first indicated in Trump's tweet and then by Chairman of the Joint Chiefs of Staff Mark Milley's comments.

Milley dismissed the 2,500 troops plan revealed by O'Brien last week as "speculation" in a Sunday interview with NPR.

"I think that Robert O'Brien or anyone else can speculate as they see fit. I'm not going to engage in speculation. I'm going to engage in the rigorous analysis of the situation based on the conditions and the plans that I am aware of and my conversations with the president," Milley said.

In a direct response to Milley, O'Brien noted Friday that the plan was not speculation but an order from the top.

"It has been suggested by some that that's speculation. I can guarantee you that's the plan of the president of the United States," O'Brien said. "That's the order of the commander-in-chief, that's not speculation."

Asked about Trump's previous tweet on troops returning home by Christmas, O'Brien suggested the tweet was an expression of desire by the president.

Hours after O'Brien's announcement on Wednesday last week of keeping 2,500 troops in the war-torn country by early 2021, Trump tweeted that "we should have the small remaining number of our BRAVE Men and Women serving in Afghanistan home by Christmas!"

"He was expressing the same desire that every president since the Revolutionary War has said ... all presidents, all GIs, want the troops home by Christmas," said O'Brien.

The war in Afghanistan, which has caused about 2,400 U.S. military deaths, is the longest one in U.S. history.

Trump has sought a full withdrawal of troops from Afghanistan. With the presidential election now weeks away, Trump redoubled his effort to fulfill his campaign promise to bring troops home and pull his country out of "endless wars."

The Pentagon said in mid-July that the United States maintained its force level in Afghanistan at mid-8,000s, meeting the conditions of the U.S.-Taliban agreement signed in late February. Commander of U.S. Central Command Kenneth McKenzie said last month that U.S. troop presence in Afghanistan would be decreased to about 4,500 by early November.

The U.S.-Taliban agreement also called for a full withdrawal of the U.S. military forces from Afghanistan by May 2021 if the Taliban meets the conditions of the deal, including severing ties with terrorist groups. General McKenzie said last month that the Taliban "had not shown conclusively that they're going to break with al-Qaeda."
--