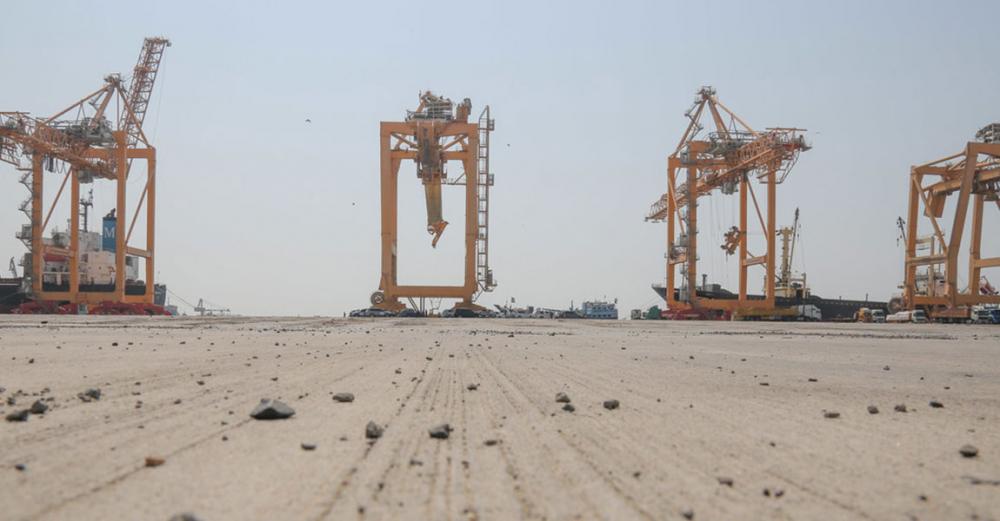 The port of Hudaydah in war-torn Yemen is one of the few lifelines for humanitarian aid and fuel into the country.: UNICEF/Abdulhaleem

New York: The UN Special Envoy for Yemen has called on all parties to urgently work together with his Office, in order to find a solution that ensures people in the country can access basic fuel supplies, amid major shortages in areas controlled by the Houthis, formally known as Ansar Allah.

Martin Griffiths, Special Envoy of the Secretary-General for Yemen, outlined the devastating and widespread humanitarian consequences of the shortages.

“Life in Yemen is unforgiving enough without forcing Yemenis to struggle even harder for their everyday needs that are connected to fuel such as clean water, electricity and transportation”, he said.

“The flow of essential commercial imports, including of food, fuel and medical supplies, and their distribution to the civilian population across the country must be ensured,” he added.

According to the UN humanitarian affairs office (OCHA), the shortage has led to skyrocketing fuel costs in the informal market, long queues at petrol stations, and inflated costs for water, transport and other goods. The situation has also impacted the humanitarian response, causing a reduction and suspension of some aid programmes.

The humanitarian crisis in Yemen remains one of the worst in the world, driven by conflict, disease, economic collapse, and the breakdown of public institutions and services. After six years of conflict, millions of people are hungry, ill, destitute and acutely vulnerable, and a staggering 80 per cent of the country’s population requires some form of humanitarian assistance and protection.

Mr. Griffiths said that detailed discussions were held with both parties to reach a solution that ensures Yemenis’ ability to receive the fuel and oil derivatives they need through the port of Hudaydah, and the use of associated revenues to pay the salaries of public sector employees.

“I urge the parties to engage constructively, urgently, in good faith and with no preconditions with the efforts of my Office in that regard,” Mr. Griffiths said.

The Office of the Special Envoy has consistently worked to support the parties to agree on continued and regular flow of commercial fuel imports into Yemen through Hudaydah port – a major commercial and humanitarian lifeline into the country – and to put associated revenues toward paying civil servant salaries, based on the 2014 database.

In December 2018, the Special Envoy facilitated the talks between the parties, in Stockholm, to reach the Hudaydah Agreement. He also facilitated an agreement on temporary arrangements that allowed for the entry of some 72 ships carrying over 1.3 million tons of commercial fuel imports into Hudaydah port from November 2019 until April 2020.

Since the suspension of the temporary arrangements, Mr. Griffiths has been engaging with the parties to find an urgent solution for the import of fuel and use of associated revenues for payment of salaries, making several attempts to convene the parties to discuss the terms of a disbursement mechanism.

“However, to the Office’s regret, this meeting has not yet materialized. The Office renews its invitation to the Parties to convene this meeting as soon as possible."