Geopolitics
Governance/Geopolitics
Declaring commitment to ‘peace and stability’ for Libya, top UN envoy steps down as stress takes its toll 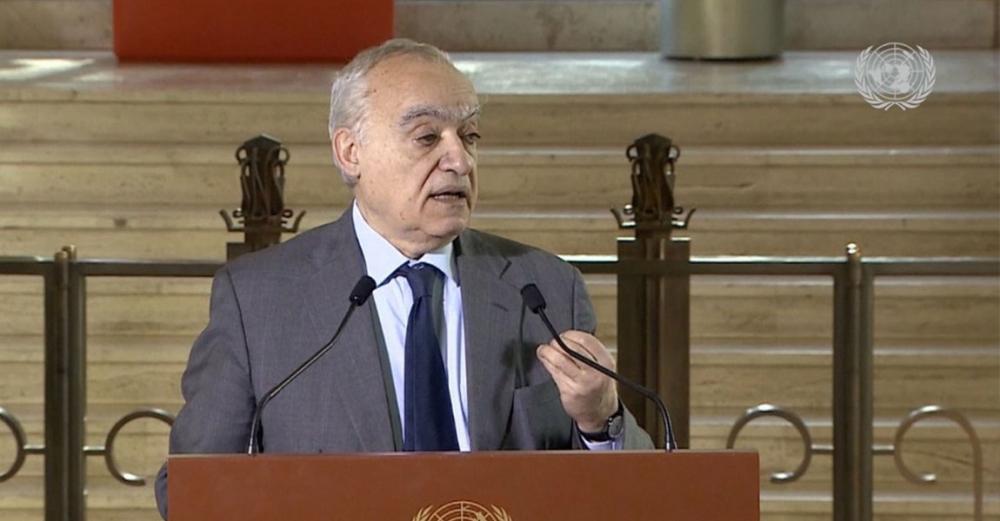 New York : After serving more than two years as the UN’s Special Representative in charge of finding a way to a lasting peace in war-torn Libya, Ghassan Salamé - who also heads up the UN Support Mission in Libya (UNSMIL) - handed in his resignation on Monday, citing failing health caused by the immense stress of the job.

Ghassan Salamé tweeted that he had sought “to reunite the Libyans, curb the interference of the outside, and preserve the unity of the country".

He pointed out that the Berlin Summit, followed by Security Council resolution 2510, adopted on 12 February, had insisted on the need for a nationwide ceasefire and the enforcement of an arms embargo and seen the launch of a promising new three track process to bring the UN-backed Government and opposition backed by rebel militia, together.

But just last week the UN envoy brought representatives of the two warring sides to Geneva for peace talks – only to see negotiations break down once again, amidst further major ceasefire breaches.

“My health no longer allows this rate of stress”, Salamé tweeted. “So I asked the Secretary-General to relieve me from my mission, wishing Libya peace and stability”.

‘Full confidence’ of the Secretary-General

Following Salamé’s announcement, UN Spokesperson Stéphane Dujarric briefed reporters at UN Headquarters in New York, saying that Secretary-General António Guterres “has always had full confidence in Mr. Salamé’s work and the great efforts he has made to bring peace to Libya.”

Dujarric said the UN chief would be discussing with Mr. Salamé the way to ensure a smooth transition “so as not lose any momentum on the gains that have been made”.

Since the fall of President Muammar Gaddafi in 2011, Libya has been in the throes of ongoing instability and economic collapse, despite its large oil reserves.

Thousands have been killed in fighting around the capital since last April, following an offensive by the self-styled Libyan National Army (LNA) commanded by Khalifa Haftar, based in the east, and pro-Government forces.

Meanwhile, over the weekend, Dujarric issued a statement saying that the Secretary-General strongly condemned the “indiscriminate bombing” of several parts of Tripoli, including residential areas and the airport, 15 miles from the capital’s centre.

“The Secretary-General emphasizes that civilians must be protected at all times in line with international humanitarian law”, the statement spelled out while also echoing the UN chief’s call for “an immediate cessation of hostilities” and urging that Security Council resolution 2510 be fully implemented.

Photo caption and credit:
UN News
Ghassan Salamé, Special Representative of the Secretary-General and Head of the United Nations Support Mission in Libya, speaking at a press stakeout in Geneva, Switzerland, 28 February 2020.