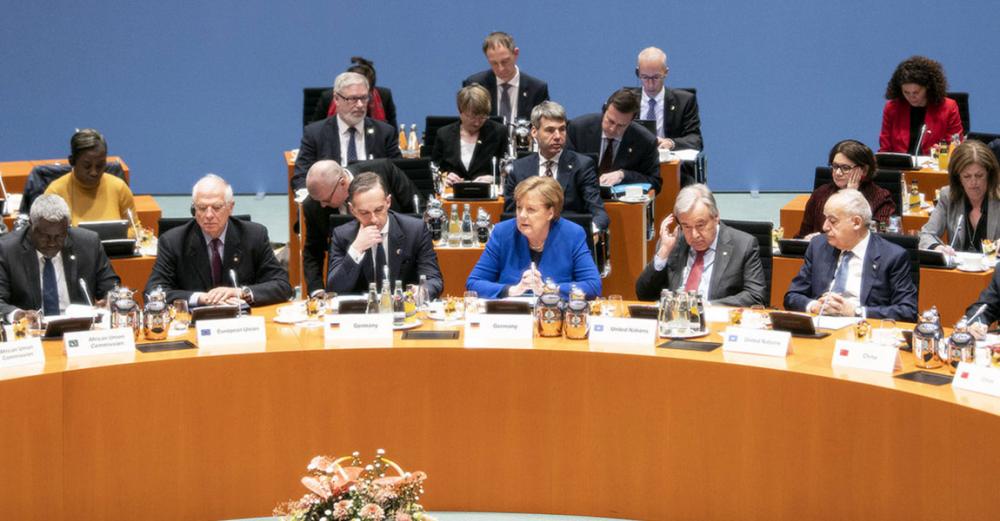 As fight continues between forces loyal to General Khalifa Haftar, which control large tracts of territory in the country, and the government in Tripoli, world leaders attended the International Conference in the hope of finding a political solution.

General Khaftar’s forces have besieged the capital since April, and the fighting has been fuelled by increasing foreign interference. Whilst the government is backed by the UN, The Libyan National Army of General Khaftar has support from Russia and some Middle Eastern States.

The human toll, Guterres told the assembled delegates, has been severe, with international humanitarian law defied on multiple occasions: “More than 220 schools in Tripoli are closed, depriving 116,000 children of their basic human right to an education. Migrants and refugees, trapped in detention centres near the fighting, have also been affected and continue to suffer in horrendous conditions. This terrible situation cannot be allowed to continue”.

The Libyan threat to an already unstable region

Reiterating his belief that there is no military solution in Libya, the UN chief issued a reminder of the dangerous consequences of a full-blown civil war which, he said, could lead to a “humanitarian nightmare”, and leave the country vulnerable to permanent division. A civil war also risks further destabilizing the entire southern Mediterranean and Sahel region, exacerbating the threats of terrorism, human trafficking, and the smuggling of drugs and weapons.

Guterres welcomed the recent ceasefire between the two sides, and urged them to “engage in good faith dialogue on political, economic and military issues in a Libyan-led and Libyan-owned inclusive process”, which, he affirmed, will be supported by the UN.

“We will stand with the Libyan people as they work to resolve their differences through discussion and compromise in good faith”, concluded the Secretary-General, “and chart a way to a more peaceful future”.

Foreign powers vow to stay out of Libyan affairs

After the Conference, Guterres announced that all the participants had pledged not to interfere in the conflict, and to respect a UN arms embargo., and he called on all Libyan parties to take part in a "Libyan-owned and Libyan-led dialogue", under the auspices of the UN, to pave the way for a political solution to the crisis.

The Secretary-General said in a press conference that a meeting to discuss the economic reform necessary for the normal governance of Libya will take place in the next two to three weeks.